We have just learned about the death of Boris Priadchenko. He passed away on September 28, at the age of 92. Like his wife Valentina, health-wise weakened since 2015, we knew, for the last several months, that he was tired.

Born on September 9, 1925 in Moscow. Boris Grigorievich Priadchenko was placed in an orphanage when his father became a victim of repression in the early 1940s. Nazi Germany troops occupied Belgorod (near the border with Ukraine) on October 24, 1941. 8 months later, in June 1942, Boris was arrested by the Feldgendarmerie (military police), while he was trying to leave the city, and transferred to the Kommandantur of the city. From there, in cattle cars, he was sent to forced labor in Germany with one of his classmates Leonid Tarasievich. They were forced to sign the following commitment: "I know that for any attempt to escape from Germany, my parents will be publicly executed in Russia".
Upon arival in Ulm, he is incarcerated in the camp for forced laborers of Roter Berg, not far from a pine forest. In 1942, nearly 2,400 prisoners were confined to 24 barracks. The camp was surrounded by barbed wire and guarded by armed sentries. There were forced laborers from the Soviet Union but also Frenchmen, Belgians, Dutch, etc. All worked for different companies, each with their own system of work. Boris was placed in one of the barracks, received a registration number, a work uniform on which the three letters "OST" were to be securely stitched and permanently visible.
He worked with his comrade Leonid for the Karl Kässbohrer car factory (which still exists today). Waking up at 4 pm, after the morning call, guarded by sentries and dogs he had to walk on foot 5 kilometers to reach the factory. Their shoes with wooden soles were making a lot of noise and woke the inhabitants who rouse their fist behind the windows. Some residents, sometimes, threw shoes with lighter soles. The slave work lasted twelve hours. At 8 o'clock in the evening, they were again pushed down to the camp. Tired, half-starved, Boris dropped in his three-story bedstead often without undressing.Other foreign workers, on Sundays, during the rare free time they had, could leave the camp freely, but not the Russians. 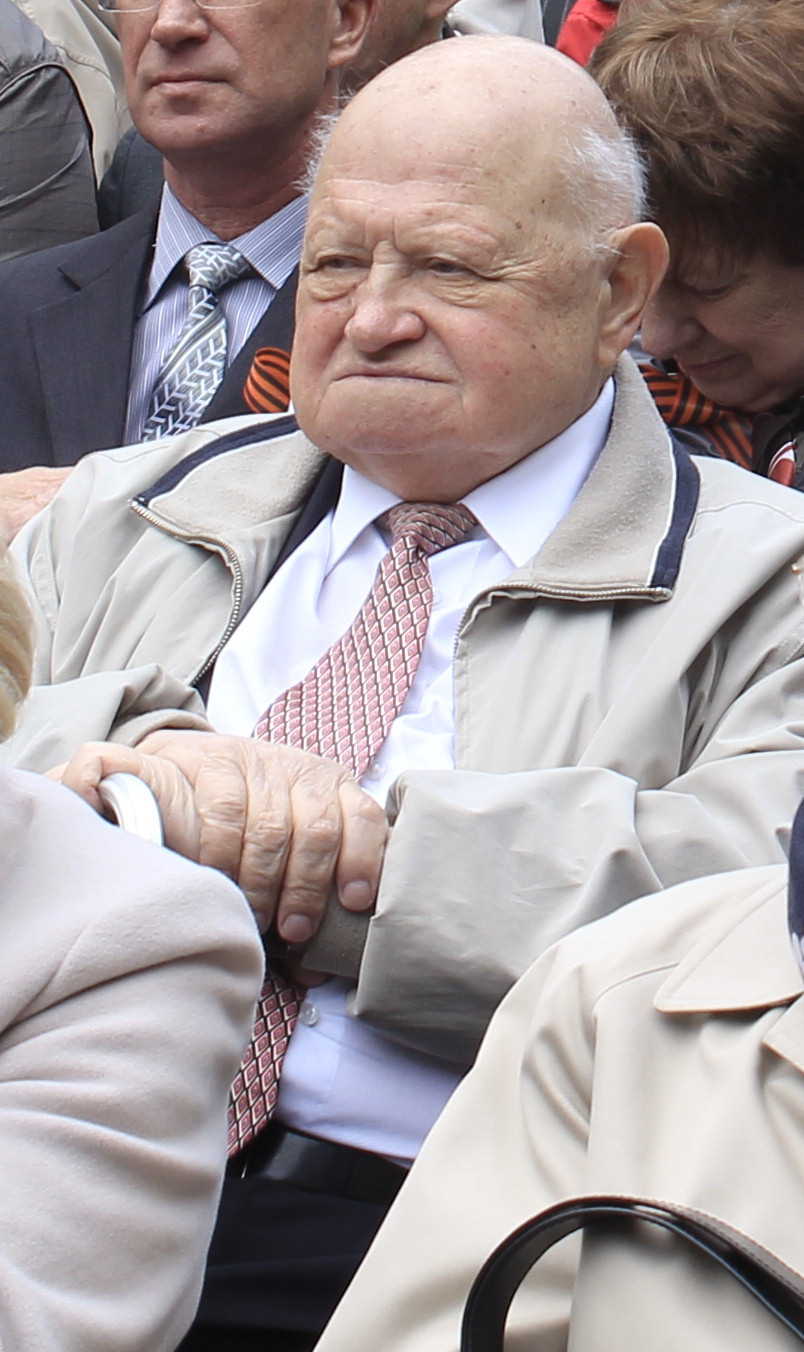 Together with Leonid they succeed smuggling civilian clothes and Basque berets and covering the three letters "OST" with a scarf around their neck pretending to be French, they could sometimes leave the camp with them. It was on a Sunday in January 1943 that they met Reinhold Settele on a tramway. Confidence in this young German of their age, an anti-fascist who informed them of the situation on the front and in Germany, was setting in gradually. The simple fact that there were not only Nazis in Germany but also Germans who were against the Nazis, and were ready to help the forced laborers, gave Boris and his friend Leonid strength to continue living and strengthened their faith in the defeat of fascism.

They wanted to escape and not work for the enemy anymore, but the fear of knowing that their families would be executed if they did, prevented them from doing so. But Reinhold told them that Belgorod was liberated on August 5, 1943 by the Soviet army. Boris destroyed his workbench at the factory and fled. As he tried to get on a train heading east, he was stopped at the freight station. He escaped execution because he declared: "It was not sabotage. I ran because I was afraid of the punishment for the unintentional destruction of such a valuable workbench "Transferred to the Dachau camp as a political prisoner (registration number 82736), he was assigned to several Kommandos and outside camps, to very dangerous works (dismantle buildings after bombing, defusing unexploded bombs, etc.). In August 1944, Boris was again transferred to Ulm at the Roter Berg camp in the Karl Kässbohrer factory. He did not find Leonid there. He was told Leonid has been executed after an escape attempt. At the beginning of February 1945, after a massive bombardment, the factory and the barracks of the camp were burned. Many inmates were killed. Once again, he managed to escape with the help of Reinhold. But he was arrested before Augsburg by the rail police and incarcerated in the Augsburg H1 outdoor camp, belonging to Dachau camp. At the end of February 1945, during a transport of explosives, he found himself under fire of the US Air Force and of their advancing armored vehicles. SS guards and drivers were fleeing trucks on fire. Boris hid in the forest and when the US Army arrived, he went to meet them and served in its ranks until August 1945.

After returning to the USSR in 1945, because he had been deported to Germany when he was a teenager, he could attend high school and study at the Moscow Textile Institute. After and became Chief Engineer, and director of a machine-building factory in the Orel region, he was then appointed deputy minister, at the Ministry of Mechanical Engineering of the USSR in Moscow for the next 12 years until his retirement in 1987. During his very successful professional career, he contributed to the development of the Orel region and Russia.

During the celebrations of the 50th anniversary of the liberation of the camp, Boris Priadchenko was invited by the Bavarian government. He still had no news of his friend Reinhold. It was only in 1996, thanks to the International Red Cross, that he got his address. Since then, they have regularly corresponded and visited each other. Reinhold told him about the fate of his friend Leonid. He escaped in autumn 1943, was arrested at the border and deported to the Mauthausen concentration camp. Released by the US Army, he returned to Russia where he died in 1971. Boris and Reinhold went together to Leonid’s grave in Tver, where they laid flowers and evoked the tumultuous years of their youth and loyal friendship. 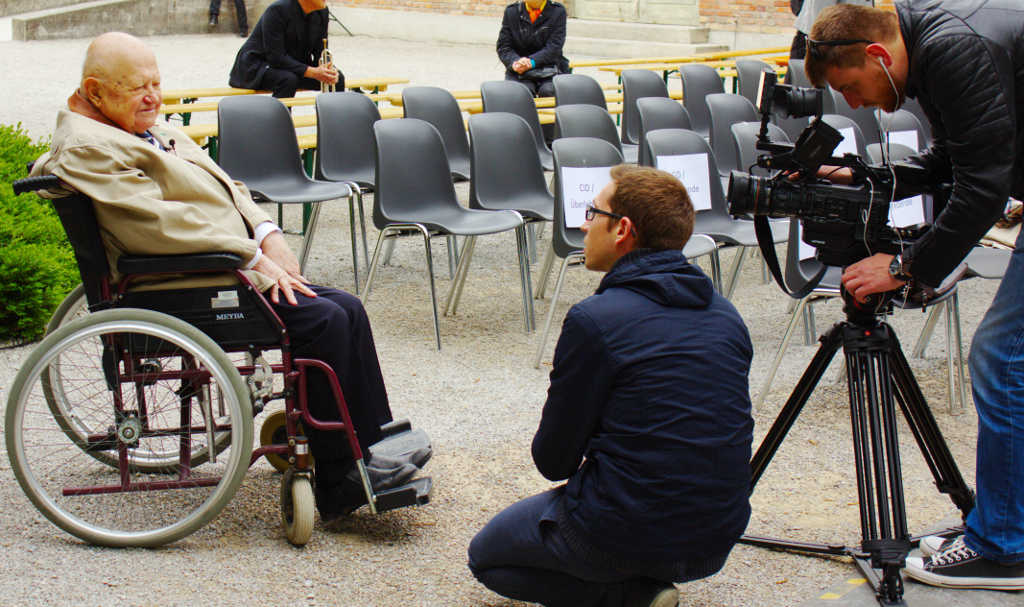 In 2005, Boris succeeded Ivan Kovaliev (who died in 2007) to represent the Russian deportees in Dachau in the Dachau International Committee. He attended regularly the General Assemblies in Munich and Brussels and the annual ceremonies commemorating the liberation of the camp, together with his wife Valentina, always beside him, supporting each other. I particularly remember the ceremonies of May 2015 when, arriving tired and soaked from Hebertshausen Boris, around a hot meal , evoked the difficult years of his youth, the orphanage, his years of detention and forced labor in Germany and his return in 1945. I regretted then that I could not record it. Everybody at our table (Valia, Michel, Anne, etc.) certainly recall those rare moments when Boris confided, with warmth and simplicity, emphasizing the happiness and the hope that friendship brings. 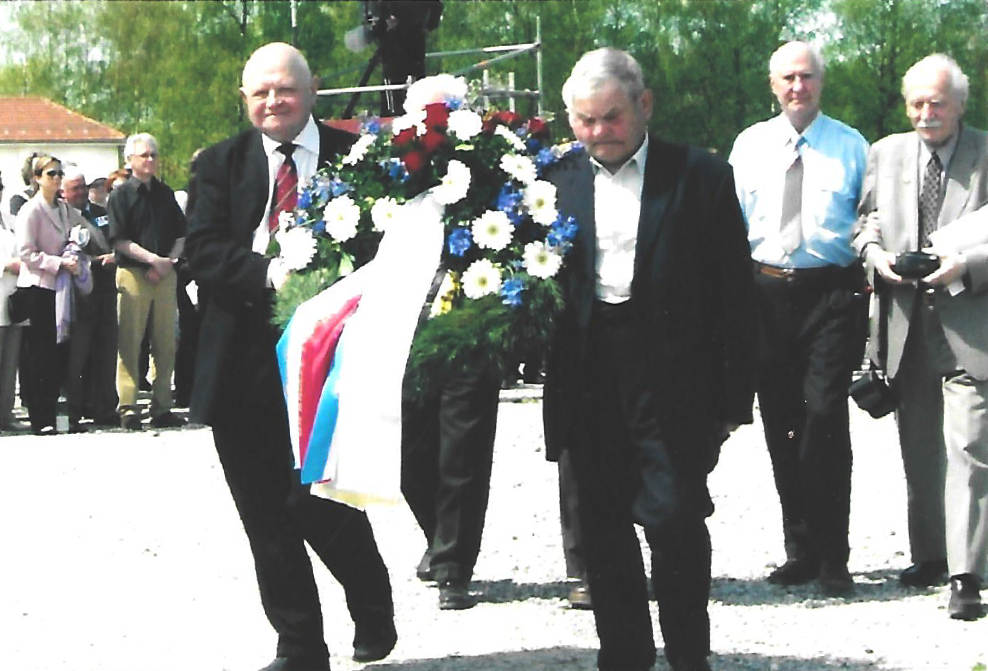 All members of the Dachau International Committee extend their deepest condolences to Valentina, his wife, and his family, especially his son and daughter. He will always live in our hearts.
For the CID, Sylvie Graffard.